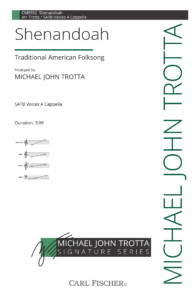 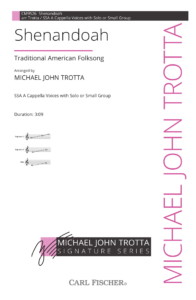 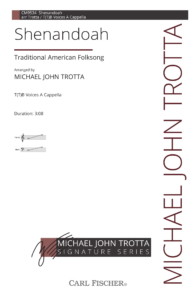 This beloved American folk song is set atop a rhythmic vocal ostinato that casts this familiar tune in a new light. The energetic ostinato provides the backdrop for the soaring vocal line. Cued notes provide additional options for performance, based on the needs of the ensemble and the discretion of the director.

The text for this song dates back to the 19th century when one of its many variants appeared in Harpers New Monthly Magazine in 1882. While there is some debate about the exact origin of the song, it is likely linked to the fur trade that existed along the Missouri river. The song quickly spread along these trade routes and exists to this day as one of the most familiar and beloved American folk songs.

This popular song has been recorded by many artists inclduing Judy Garland, Bruce Springsteen, Bob Dylan, Renee Flemming, the King Singers, Chanticleer and many more.

Sheet Music
Get the Recording