“accessible and alluring for our choir… perfect for our whole congregation that spans multiple worship styles.” 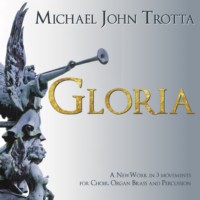 “a beautiful, sweeping melody … luscious harmonies… it will leave your audience captivated this holiday season.” 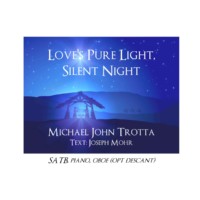 “A beautiful setting of a favorite Latin texts, expressive phrasing … your singers will love it!” 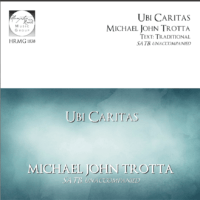 “This is an exciting piece with many nuances and rhythmic intricacy and beautiful harmonic colors.” 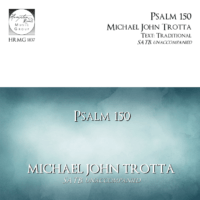 “a work solidly grounded in tradition, yet incorporates a musical language that, in George Gershwin’s words, ‘informs the thoughts and aspirations of the people and the time.’” – Robert Rawlins – The Choral Scholar

“inspired and deeply stirring, and the entire listening experience is a rich and vivid one” Carla Maria Verdino-Süllwold –  Fanfare Magazine

The sheet music of Michael John Trotta represents a wide variety of music for SATB, SSA, TTB, unison choirs appropriate for both sacred and secular use. Many of the titles below have won critical acclaim for their unique ability to be engaging and accessible for choral groups in professional choirs, community groups, schools, churches, and synagogues.

His works I Shall See, Break of Day, Veni, Veni, Emmanuel, and Ave Maria, have quickly become as concert and liturgical favorites. Just this year, seven new titles were selected by JW Pepper for their Editor’s Choice series.

The music frequently appears on in performance at All State Choirs and on reading sessions at National, Regional, State, and Local conferences of ACDA, NAfME, AGO, NPM. In addition to this, many of these titles receive significant radio play throughout the world.

Michael John Trotta is one of the most “exciting and prominent new composers of choral music,” a sought-after conductor, and dynamic clinician. He brings an “intimate knowledge of the human voice,” a “rare sensitivity to the capabilities of a choral ensemble,” and years of experience as an inspiring educator to thousands of singers each year. His award-winning commissions are frequently performed at Carnegie Hall, at national conventions (ACDA, NAfME, AGO, TMEA), and his recordings are broadcast worldwide. Dr. Trotta lives in New York City with his wife Rachel where he works as a full time composer, conductor, and clinician with choirs throughout the country.

Trotta recently conducted world premieres of three new major works, Light Shines in the Darkness, For a Breath of Ecstasy, and the Carnegie Hall Premiere of much the anticipated Seven Last Words – (SEPTEM VERBUM ULTIMA).  In addition to the release of three new recordings,  the coming seasons will feature a new song cycle for Baritone and Soprano commemorating the centennial of Sara Teasdale’s Pulitzer Prize winning Love Songs, a violin concerto for Andej Kurti, and his next major work for choir and orchestra, Magnificat.

Dr. Trotta frequently appears as a guest conductor at Carnegie Hall and has made appearances at the Texas Music Educators Association – TMEA Convention, American Choral Directors Association – ACDA National Convention and has had composer residencies and clinics at SCMEA Conference, Loyola University, Northwestern State University,  and in 2019 he will conduct the TN All State Choir.