I am delighted that the Montgomery High School Chorale Women will premiere a new work for women’s choir Caritas Abundat at the TMEA – Texas Music Educators Association Convention.

This season features a collaboration with the Montgomery High School Chorale Women’s Choir, Heather Phipps Orr, Director. This coming spring the choir will premiere a newly commissioned work at TMEA and SWACDA by composer Michael John Trotta. The work is an energetic reimagining of the traditional chant by Hildegard von Bingen. 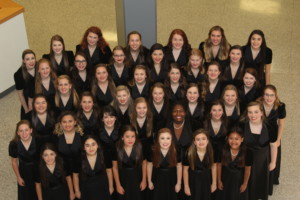 The Montgomery High School Chorale Women’s Choir is the select varsity women’s choir in Montgomery ISD, Montgomery, TX . The Montgomery HS Chorale Women consists of 39 young women in grades 10-12. This choir performs in a variety of concerts and combines with the Chorale Men to form the Varsity Mixed Choir. The Chorale Women’s Choir has a long history of UIL Sweepstakes Awards and convention performances at TMEA, ACDA and SWACDA. This school year will mark the choir’s 5th Convention performance in 12 years. Many students from the Chorale Women are members of TFME and Tri-M music honor society, and are active in Regional and State Solo and Ensemble UIL Contests, as well as in Region and All-State choirs. These young women are role models in the high school and excel in all areas of academia. They have proven to be leaders in the school and community. The Montgomery HS Choir Department is under the direction of Heather Orr and Cameron Carnley. Heather Orr serves as the Director of Choral Activities at Montgomery HS and director of the Chorale Women. During her 17 year tenure, the choir program has grown from 3 choirs to 10 choirs. A native Ohioan, Mrs. Orr holds a Bachelor of Music degree in Voice Performance from Heidelberg University and Master of Music in Vocal Pedagogy from The Ohio State University. Mrs. Orr is married and a mother of three college music majors and one high school sophomore who will sing in the convention choir. Cameron Carnley is in his third year as the MHS Assistant Choir Director. A graduate of Montgomery HS and choir alum, he holds a Bachelor of Music Education degree with a specialization in Vocal Studies from Louisiana State University. The Chorale Women and directors are honored and excited to perform at the TMEA Convention and look forward to this incredible opportunity. 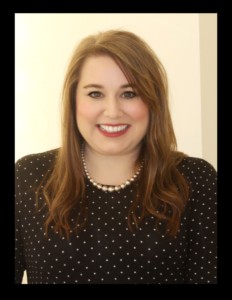 Heather Orr is beginning her 17th year as the Director of Choral Activities at Montgomery High School and 23rd year teaching. She holds a Master of Arts in Vocal Pedagogy from The Ohio State University and a Bachelor of Music in Voice Performance from Heidelberg University. Mrs. Orr’s choirs consistently earn Sweepstakes at UIL Competitions and choirs under her direction have been recognized with First Divisions and Best in Class awards at several festivals in Texas, Florida and New York. Mrs. Orr is a member of “Who’s Who Among America’s Teachers,” and “Who’s Who Among American Women,” and has been recognized with the UIL Bell Sponsor Award, and the Fine Arts Teacher of the Year Award for Montgomery County. She has served as TMEA All-State Treble Choir Section Leader (2017, 2006, 2003), TCDA Conductor and Clinician, as well as host, clinician, presenter and adjudicator for many TMEA and UIL events. Mrs. Orr’s professional affiliations include TMEA, TCDA, ACDA and TMAA. The Chorale Women have a long history of success, and under the direction of Heather Orr, have performed at TMEA (2005, 2010) and ACDA Chicago (2011). In 2018, the Chorale Women will perform at both the TMEA and SWACDA Conventions. SWACDA marks the 5th convention performance in 12 years. Heather Orr resides in Montgomery, TX and has been married to Will Orr for 24 years. She has four children, three college music majors and a high school sophomore who is a member of the convention choir.